In recent years Himalayan salt lamps have become popular decor items for people to have in their homes. Besides being pretty to look at, there are many benefits to owning them.

These lamps consist of pieces of Himalayan salt which have a light bulb or candle inside to create an orange glow.

They release negative ions into the atmosphere, which combat depression and seasonal affective disorder.

REASONS TO OWN ONE

Himalayan salt lamps create clean air through a process called hygroscopy, which is when water molecules in the air are absorbed, purified, released and evaporates back into the air, thereby purifying it.

The lamps also reduce coughing, allergies, and asthma symptoms. This is mainly done through hygroscopy. The purified air is much better for sick people to inhale.

Seeking a small gift 🎁 for secret center?? Seeking an ideal gift for your loved ❤️ one?? Seeking a budget 💵 buy?? Our range of Himalayan salt lamps are your perfect options. 💥20% off 💥all the lamps! Come Now and ask our friendly staffs for more gift ideas!#himalayansalt#lamps#sales#giftideas#christmas#shopping#govita#nutritionden#westfieldcarindale

Many homes are filled with positive ions, which drain the energy of those inside it. The negative ions released by the salt lamps makes those around it feel energetic and improve sleep patterns.

The negative ions also improve the mood and concentration of those around it. Therefore people who are feeling down should put one or two Himalayan salt lamps in their bedrooms.

If the Himalayan salt lamps still aren’t removing all the stress and tiredness from someone’s life, they should look to the cause rather than the symptom. Often the root of stress is found in the workplace.

A study was conducted in Australia earlier this year to try to find solutions to workplace-related stress in employees. The study found that employees over 40 years old work best when they have three day work weeks.

The reason for this is that people over 40 tend to be more productive in shorter bursts of time, thereby benefiting both the company and themselves.

Despite what people have been told for decades, brushing one’s teeth directly after a meal is not the best advice. In reality, one should wait between half an hour to an hour after eating to do so. 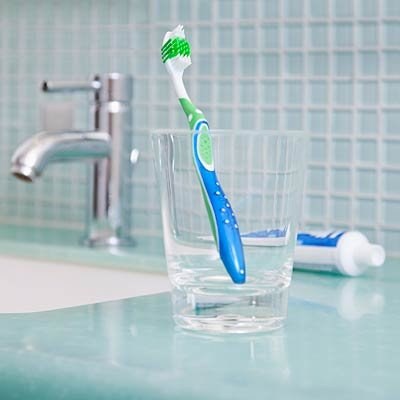 Read also
Dec 14, 2018
Here's why you should water your Christmas tree

Acidic foods can soften the enamel on teeth, so if one brushes one's teeth directly after a meal the enamel can be worn off in the process.

Another health myth is that using antibacterial soaps when washing hands can decrease the risk of infection. There is no conclusive evidence of this, and it has even been banned in Minnesota.

Lastly, as unlikely as it sounds, one of the best ways to combat tiredness is by exercising. Just 30 minutes of exercise can increase mood and motivation by allowing oxygen to flow freely.

Feb 01, 2019
Do you have an orchid? Here's a way you can get your plant looking all pretty again

Feb 05, 2019
6 unobvious tips on how to organize home easily
Top news
Apr 07, 2020
Star Jones Opened up about Being Morbidly Obese in the Past
Apr 07, 2020
Melissa McCarthy Once Shared Details about Meeting Her Husband Ben Falcone at Theater Class
Apr 07, 2020
Kurt Cobain's Only Daughter Frances Bean Is All Grown-Up and Has a Charming Voice
Apr 07, 2020
Pink Has 2 Kids Including Little Son Who Tested Negative for Coronavirus after Showing Symptoms — Meet Them
Apr 07, 2020
Tisha Campbell-Martin Is a Proud Mom of Two Beautiful Sons, One of Whom Has Autism
Popular articles