HomeEntertainmentStoriesYoung Athlete Loses His Father before a Big Game

Young Athlete Loses His Father before a Big Game

A determined young athlete never got to play in games, until his incredibly supportive father died.

This is a heartwarming story about the power of unconditional love. 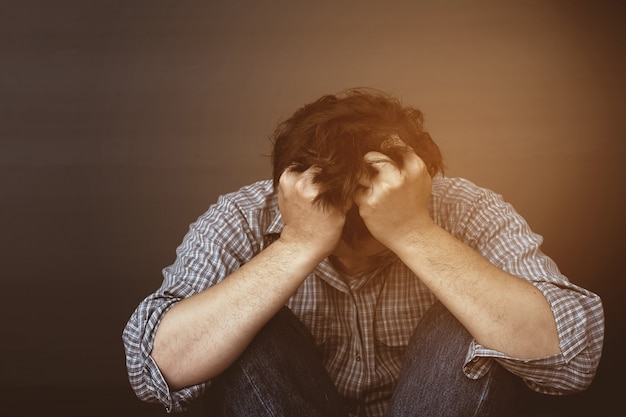 "Dad came to all my games, but today was the first time he could see me play, and I wanted to show him I could do it!”

The teenager lived alone with his father. The son was an aspiring football player, albeit he was always on the bench. Despite this, the father was always in the stands cheering.

The son never missed practice but remained a bench warmer all four years of high school.

Spurred by his father’s words of encouragement, the young athlete tried out for the college team after high school. He got accepted, but the coach admitted that the reason the young athlete was accepted was that he puts his heart and soul into every practice.

Overjoyed, he rushed to the nearest phone and called his father. The son sent his father season tickets for all the college games. But like in high school, the son never got to play in the game despite never missing practice during his four years at college.

One day, as the end of the senior football season drew to a close, his coach handed him a telegram. With sorrow in his face, the persistent athlete told his coach:

“My father died this morning. Is it all right if I miss practice today?”

Putting his arm around the boy’s shoulder, the coach said, “Take the rest of the week off son. And don’t even plan to come back to the game on Saturday.”

On the day of the big game, the young athlete arrived at the venue quietly. His team was ten points behind in the third quarter.

He put on his football gear and pleaded to his coach, “Coach, please let me play. I’ve just got to play today.”

The coach did not want to make the boy play, but the latter persisted. Feeling sorry for the grieving boy, the coach finally agreed.

As the boy played for the first time in his life, his coach and teammates were astounded. He delivered points after points. He ran, he passed, blocked and tackled like a star. And the opposing team could not stop him.

Before long, the score was soon tied. In the closing seconds of the game, the young athlete intercepted a pass and ran all the way for the winning touchdown. The fans broke loose, and his ecstatic teammates hoisted him onto their shoulders.

After the stands had emptied and the team had showered and left the locker room, the coach noticed that the young man was sitting quietly in the corner all alone.

The coach came to him and said, “Kid, I can’t believe it. You were fantastic! Tell me what got into you? How did you do it?”

With tears in his eyes, he replied, “Well, you knew my dad died, but you didn’t know that my dad was blind.” The young man swallowed hard and forced a smile. He added:

"Dad came to all my games, but today was the first time he could see me play, and I wanted to show him I could do it!”

The coach, feeling a little embarrassed for not giving the young man a chance to play in previous games, embraced him and shed tears himself.

Jan 21, 2019
Magic Johnson gets dragged after sharing photo with his wife, daughter and gay son
Top news
May 30, 2020
Amanda Salinas Is Married to Jordan Castillo — Inside the 'Little Women: Atlanta' Star's Love Story
May 30, 2020
Wanda Hutchins Is Michael Strahan's Ex-wife — Why They Divorced and What We Know about Her
May 30, 2020
Pauletta Washington Fell in Love with Denzel's Spirit — Here's How Their Relationship Started
May 30, 2020
William and Elizabeth Shatner Divorced after 18 Years of Marriage — Meet the 'Star Trek' Icon's Fourth Ex-wife
May 30, 2020
Steve Carell's Wife Nancy Was His Student — Meet the Actor's Spouse and Mom of His Two Kids
Popular articles