A young couple died on the way to their wedding and asked St. Peter a forbidden question in Heaven.

On their way to get married, a young Catholic couple was involved in a fatal automobile accident. The cause of the crash has not been determined. The lovebirds, however, passed away at the scene.

There was an immediate outpouring of grief from the community, as family members spoke about their loss.

Meanwhile, the couple found themselves sitting outside the Pearly Gates waiting for St. Peter to process them into Heaven.

While waiting, they began to wonder if they could possibly get married in Heaven. It seemed fair and reasonable as they died only a couple of hours before tying the knot back on Earth. 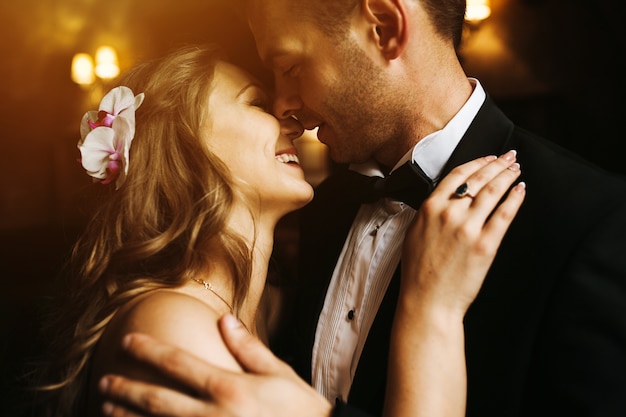 Couple looking at each other's face and smiling | Photo: Freepik

When St. Peter arrived, they asked him. St. Peter said, "I don't know. This is the first time anyone has had such an unusual request. Let me go find out," and he left.

The couple sat and waited for an answer. St. Peter was taking too long, though. One day went by, then a week, and then two months.

While they waited, they discussed the pros and cons of their decision. If they were allowed to get married in Heaven, should they get married, what about the eternal aspect of it all? What if it doesn't work? Would they be stuck in Heaven together forever? They wanted to clarify every single aspect before saying "I do."

"Yes," he informed the couple, "Turns out that you can get married in Heaven."

"Great!" said the couple. "But we were just wondering; what if things don't work out? Could we also get a divorce in Heaven?"

St. Peter, red-faced with anger, slammed his clipboard on the ground.

Read also
Jan 08, 2020
Joke: A Pastor and a Taxi Driver Both Died and Went to Heaven

"It took me three months to find a priest up here! Do you have any idea how long it'll take to find a lawyer?"