Demetria McKinney is turning up the heat by going metallic, but she won't be revealing it all just yet.

McKinney is turning up the heat for winter

McKinney, 41, teased fans last week by wearing a navy blue bathrobe as she stood on the edge of a swimming pool that looked to be in someone's back yard.

The "House of Payne" alum gave a seductive look as she peered off into the distance while wearing a one-piece swimsuit. The post is found below. 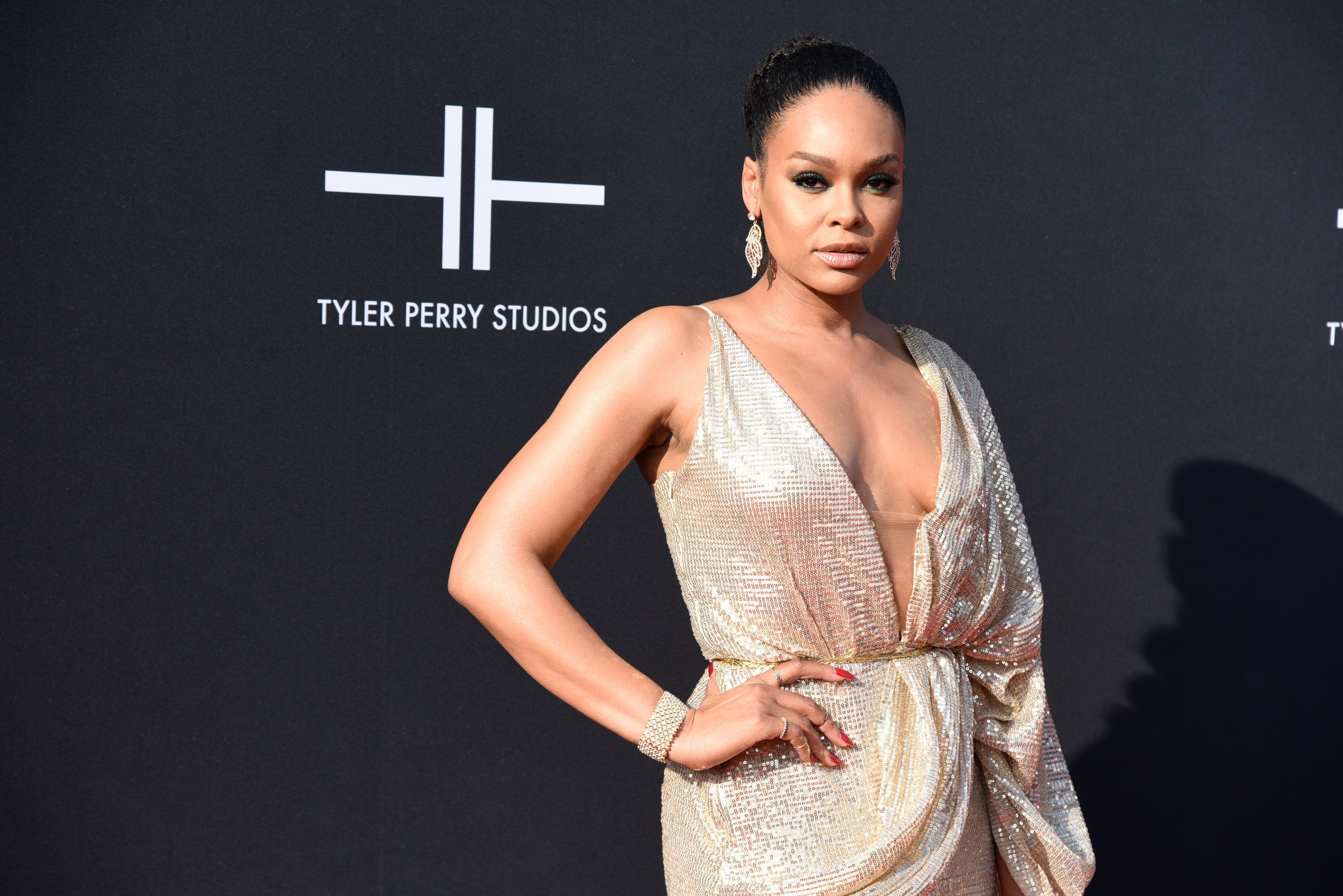 In the shot, McKinney wore her hair in a ponytail and had on a gold metallic monokini that showed off her chest and upper abdomen. She leaned back and posed with one foot raised.

The "Superstition" star looked to her left as she stood on the stony edge of the pool. She wore a navy blue bathrobe that covered one side of the swimsuit.

Behind the actress and singer were clear blue skies that perfectly matched the pool's color. Some lounge chairs could be seen on the far side of the pool.

#nofilter. Sometimes God will put you in the place you desired to be soooooo badly that it hurt, just to show you that it doesnt anymore. I'm #grateful for the #chance to see the #growth and understand that what's ahead, outside of this place, is so great I could never have asked for it! #houseofpayne #saintsandsinners #motherlandfortsalem #AHouseDividedumc

In the caption, McKinney wrote:

"Bout to come up outta this robe... the #California #sunshine got me glowing!!!

From "House of Payne" to a biopic, music, and more acting

McKinney is best known for her role as Janine Payne in Tyler Perry's comedy "House of Payne," but she's since moved on to much bigger things.

In 2017, McKinney played the role of the late Whitney Houston in TV One's biopic "Bobbi Kristina. In an interview with the Atlanta Voice, McKinney said the film was judged before it could speak for itself.

She also released her first album in October 2017. The single "Easy" reached number 5 on Billboard's R&B top charts. McKinney called the song an unexpected "anthem" that shows who she is as a person.

McKinney continued her run by starting work on "Saints & Sinners" October 2017 month-end. Finally, she got into filming SyFy's "Superstition" around the same time.

Earlier this year, McKinney talked about her latest series to follow "Saints & Sinners." This year, she starred on UMC's "A House Divided" as Carissa Walker.

All about her latest show, "A House Divided

The LA Sentinel interviewed McKinney about the show in July. The actress described the series as being about "power., She said, "it’s about wealth and influence. It’s about family. It’s about love. It’s about trust. It’s about betrayal."

Her character is the side chick on the show, out to get whatever she wants and to do whatever she has to do to get it. If you're not her target she's cool with you, but if you are then you better watch out.

McKinney also discussed her newest project, "Motherland: Fort Salem," which she already filmed the pilot for in Canada. The show is set in an "alternate America" where witches have an agreement with the government. 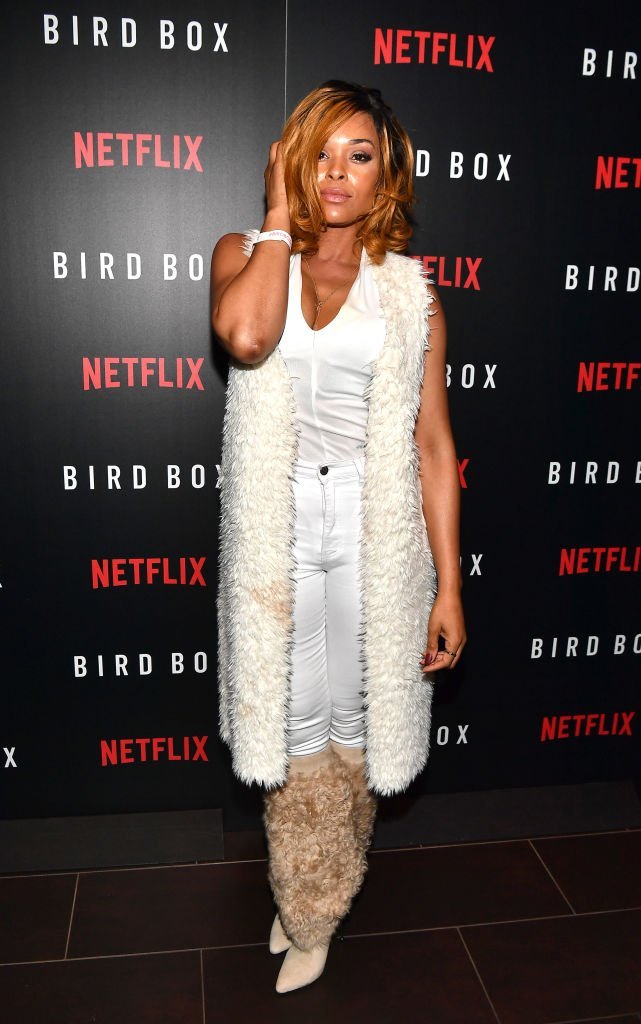 Clearly, the New Mexico native is making great strides in her career. In her personal life, she has one son who just turned 18 — the father is unknown to the public — and her relationship details are kept private.

What we do know is that she looks amazingly good these days. In August last year, the actress stunned in a see-through lace jumpsuit as she stepped out for the Black Music Honors.

Strutting her side-swept curls on the red carpet, McKinney showed off the lace paneling that covered her upper torso. She accessorized with a black Gucci clutch and Stuart Weitzman sandals. 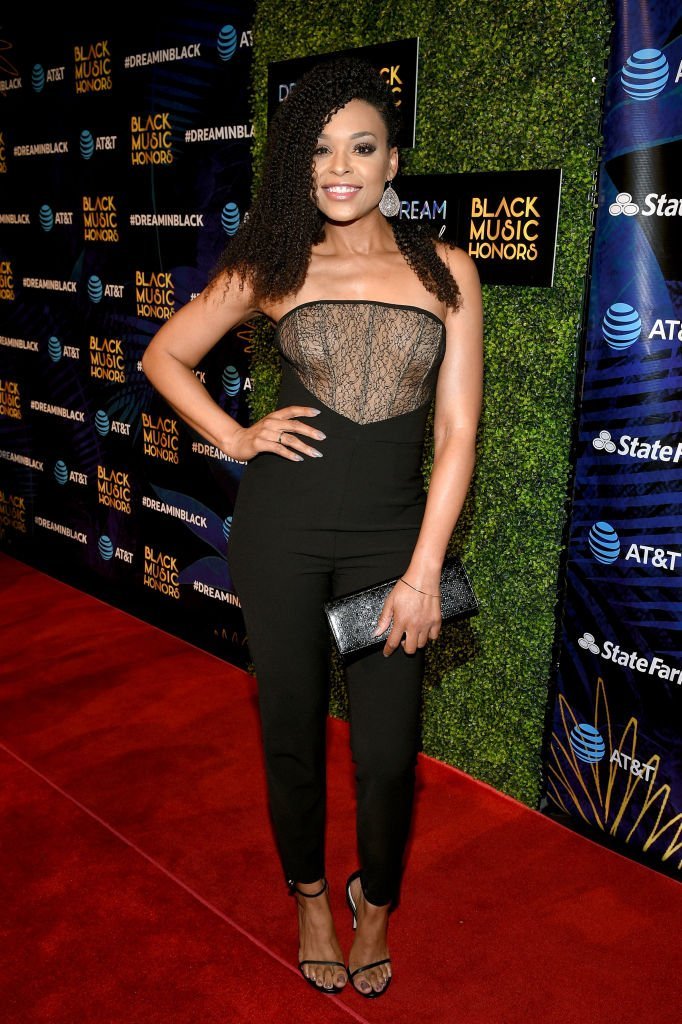 McKinney is right to show off her amazing figure and we can't say we don't love what we see. We hope her career continues to thrive as much as her body continues to amaze.

Getty Images.
TV Aug 16, 2019
Rita Moreno's Hard Times: From Working at an Early Age to a Hard Relationship with Marlon Brando
Top news
Aug 11, 2020
Kanye West's Drama-Laden Struggles with Bipolar Disorder — inside His Issues with Mental Health
Aug 11, 2020
Willie Aames Used to Sleep under Bushes after Going Broke — inside the Actor's Life Struggles
Aug 10, 2020
Katy Perry Began 'Backsliding' from God at 17 — Her Relationship with Faith and Her Pastor Dad
Aug 10, 2020
Tony Bennett Is Now 94 and His Wife Is 40 Years Younger — Glimpse into the Singer's Personal Life
Aug 10, 2020
Mackenzie Phillips Was Fired Twice from 'One Day at a Time' — inside Her Battle with Addiction
Popular articles