Joy-Anna Duggar has fans wondering whether she's pregnant with her second child. It's all thanks to a new photo that parents Jim and Bob Duggar shared on Instagram.

On Sunday, proud parents Jim and Bob Duggar shared a heartwarming photo of their five eldest daughters. The group was enjoying sisterly time in Arkansas over the weekend.

The rare occasion that occurred in the family's home state meant that Jinger (Dugger) Vuolo had to fly in from California with daughter Felicity, one. The post is found below. 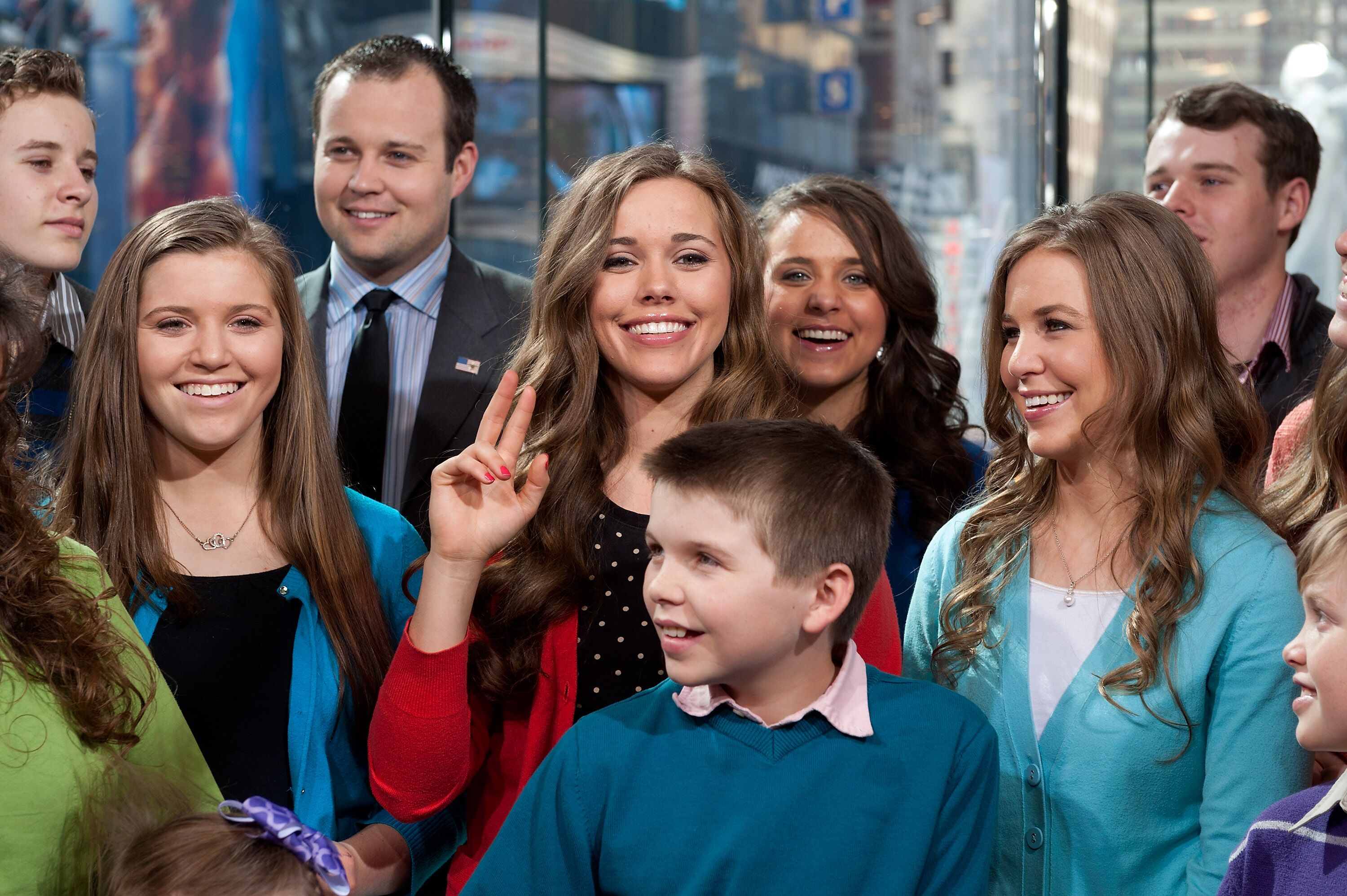 Jill, 28, also shared a photo of the group. It included Anna, Jessa Seewald, and her daughter Ivy Jane, Jinger, Joy-Anna Forsyth, and Jill, Felicity. Two others were also in the picture.

Jill also took to her Instagram stories to share clips from the sisters' outing to Dillard's, a group shot from inside of Target, and her holding brother Josiah's daughter Bella.

Jessa, 27, and Jana, 30, shared similar photographs. In all instances, though, fans in the comments speculated about Joy-Anna being pregnant.

The 22-year-old Duggar, who is married to Austin Forsyth, appeared in the far right corner of her parent's photo. She wore black clothing with a light pink sweater over it.

Joy-Anna and Austin have one son, Gideon Marty, who is two years old. Sadly, they endured a miscarriage last summer. However, new rumors arose from fans who believe that Joy-Anna's stomach is showing.

Even as fans talked about it, others said they should wait for the couple to announce anything. Several people considered it rude to do so despite the well wishes attached.

One person said they wished Joy-Anna the best of luck considering the challenging year she had with her miscarriage. Others encouraged them to wait until the family made an announcement.

Back in December, Joy-Anna told Us Weekly that she was giving her body "time to heal" before getting pregnant again. She added that she looks forward to having another child when God decides.

At the time, Joy-Anna also shared her excitement at welcoming newborns from Anna, Lauren, Kendra, and Abby. The first three gave birth in December while Abby delivered in January.

youtube.com/Entertainment Tonight
TV Shows Jan 19, 2020
Anna Duggar of 'Counting On' Fame Melts Hearts with Photo of Her Husband Josh and Their 6 Look-Alike Children

instagram.com/austinandjoyforsyth
TV Shows Nov 19, 2019
Joy-Anna Duggar from 'Counting On' and Husband Austin Forsyth Finally Buy House after Year & a Half of Camper Living
Top news
Jan 15, 2021
Johnny Depp Calls Himself a Pedestrian and Not an Atheist — All about His Beliefs
Jan 14, 2021
Jennifer Lopez and Leah Remini Fell in Love the Day They Met — Facts about Their Friendship
Jan 14, 2021
Yara Shahidi Is Nas' Second Cousin — What Is Known about the 'Black-Ish' Star?
Jan 14, 2021
Tiffany Stewart Shares 3 Kids with 'Shark Tank' Star — Get to Know Mark Cuban's Wife
Jan 13, 2021
Jason and Brittany Aldean Were Spotted Together When He Was Married — inside Their Love Story
Popular articles