Andrew Kaczynski announced to Twitter that his daughter, 9-month-year-old Francesca or Bean, passed away on Christmas Eve after a battle with cancer.

The baby had a rare and aggressive rhabdoid brain tumor, which has been diagnosed three months before her death. She had undergone two brain surgeries during her treatments. 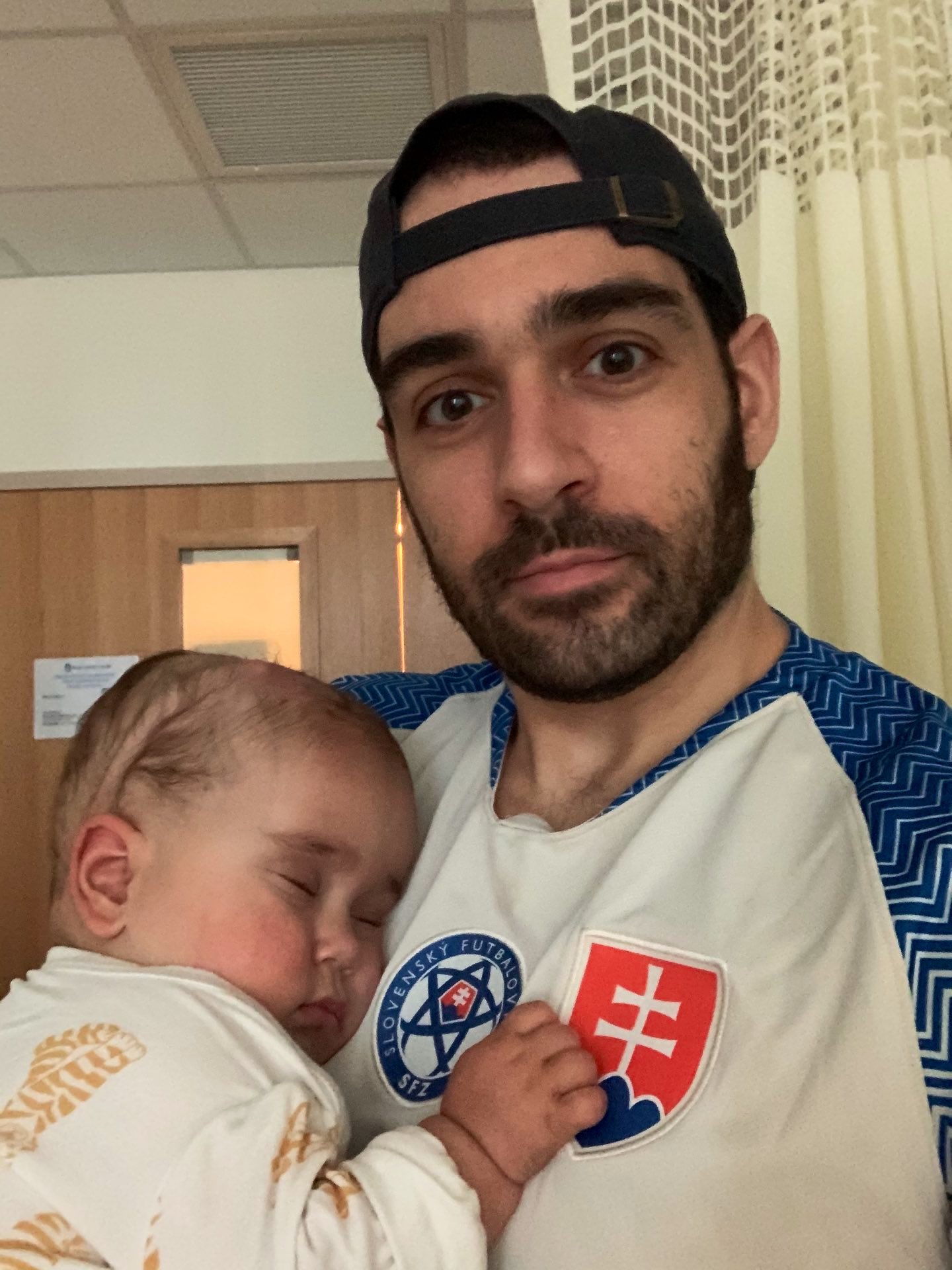 Kaczynski and Francesca pictured together on November 24.| Photo: Twitter/KFILE

He shared an adorable photo of Baby Bean - a nickname he and his wife, Rachel Louise Ensign, called her, smiling into the camera with a heartfelt caption announcing her passing.

The tweet, posted on December 25, read that she had passed away in her parents' arms and that they were so grateful to have known their baby girl, and he said,

"There will always be a Bean-sized hole in our hearts for her. We're so grateful to have known her love. Francesca we love you".

Many fans replied to the tweet sending their condolences, thoughts, and prayers as well as love and support to the couple and their extended family.

Kaczynski and Ensign wrote and shared a moving obituary about their sweet baby and shared some of their memories. Her parents had described her as a bold and curious baby.

Kaczynski requested that instead of being sent flowers, food, or gifts that fans and supporters could donate in Francesca's honor to "Team Beans" in the PMC Winter cycle.

Danielle is riding for Francesca in the Pan-Mass Challenge in January.

It's a bike-a-thon that raises money for Dana-Farber Cancer Institute and 100% of every rider-raised dollar goes to Dana-Farber. https://t.co/UpzX9sjK8p

She had been treated at the Boston Children's Hospital, where she had been shown "love and kindness" from the staff. In the obituary, her parents wrote that she had been generous with her smiles.

They shared that she had faced her challenges filled smiles, including diagnoses that included a rare form of cancer and genetic hearing loss.

"She was so generous with them, even when most of the smiles back were covered by masks and even when she faced challenges that would scare an adult. "

We’re heartbroken to have to announce our beautiful daughter Francesca passed away last night in the arms of her mom and dad. There will always be a Bean-sized hole in our hearts for her. We’re so grateful to have known her love.

Francesca we love you. https://t.co/OGml2nZ12H

Kaczynski requested that instead of being sent flowers, food, or gifts, fans and supporters could donate in Francesca's honor to "Team Beans" in the PMC Winter cycle.

Read also
TV Shows Dec 10, 2020
Al Roker's Wife Shares a Rare Photo as She Reflects on Christmas with Her Family in the 1970s

The PMC winter cycle raises funds for cancer care and research for the Dana-Farber Cancer Institute through its Jimmy Fund, founded in 1980.

The #TeamBeans donation page has raised $373,000 out of its $400,000 goal (at the current moment of writing this article). Many fans donated and shared the cycle page of rider Danielle Pourbaix.

Francesca, a.k.a. Bean, had been diagnosed with cancer in September, and her dad had been sharing the scary journey to his Twitter account. She had also developed a fungal infection during her treatments.

Instagram/sislovespurple
Relationship Oct 06, 2020
LL Cool J's Wife Simone Celebrates Her Comeback 7 Months Post-Surgery
Top news
Mar 01, 2021
Golden Globes 2021 — Best and Worst Outfits You Definitely Have to See
Mar 01, 2021
Nelly Posts a Touching Tribute to His Mini-Me Daughter Chanelle Haynes on Her 27th Birthday
Mar 01, 2021
Tyler Posey Lost His Mom to Cancer at 23 — Get to Know the 'Teen Wolf' Star
Mar 01, 2021
Helen McCrory and Damian Lewis Are Blessed with a 13-Year Marriage — Look inside Their Family
Mar 02, 2021
Johnny Cash Fathered 5 Children with 2 Wives — Get to Know All His Kids
Popular articles