Cicely Tyson shared several inspiring messages for her fellow queens as she pays tribute to strong black leads in a clip that all women should definitely watch.

Cicely Tyson has a message for all queens out there - “Keep your chin up high and your standards higher.”

The seasoned star is one of three strong Black women cast in Tyler Perry’s new Netflix film, “A Fall for Grace" which also stars Phylicia Rashad and Crystal Fox.  And as an ode to strong black leads, the 95-year-old shared an uplifting message from one queen to another. FROM ONE QUEEN TO ANOTHER

A fresh-faced Cicely faced the cameras to inspire other women in their quest for success. Dressed in a bright orange dress, the legendary actress shared her words of wisdom to her fellow women whom she addresses as “queens.”

Cicely began her motivational message by lauding women for flawlessly and “constantly raising the bar.” Then she offers her first advice, one she learned from her decades of experience and one that she says remains constant - “Being true to yourself is the key.”  She adds that another key is to know one’s roots.

Having worked as an actress for over 80 years, Cicely knows that not everything is rosy. But she tells women to “remain graceful even when you fall” and keep treading your destined path knowing that the best is still ahead. More importantly, she says in parting,

“Keep you chin up higher and your standards higher. And remember you are a queen.”

BLESSED TO THIS DAY

“I am grateful not to the shoulders that I stood on, but the backs that I laid on and stood on while the women in our family picked cotton with babies strapped to their backs.” 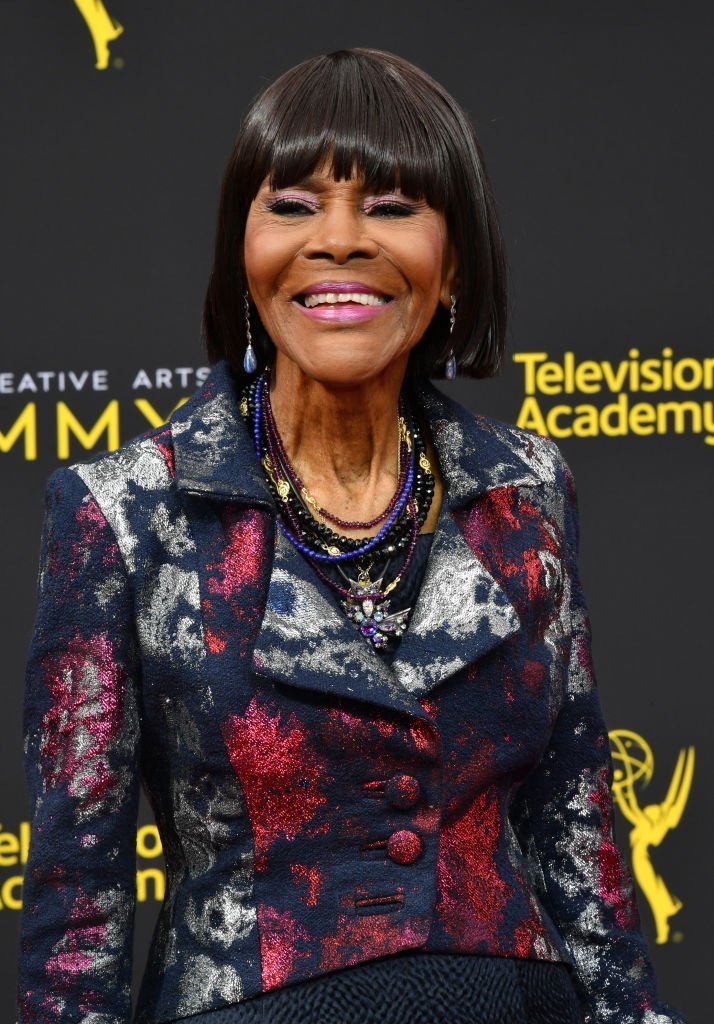 January 28 marked the day Cicely was introduced as the new Hall of Famer at the Saban Media Center in North Hollywood. “Scandal” creator Shonda Rhimes did the honor of paying tribute to the legendary actress before presenting her award. Sandra noted that Cicely “is a dream fulfilled” for every woman who hopes to be like her.

And to this day, her blessings continue. She was recently inducted to the TV Hall of Fame where she spoke of being grateful to people who have been instrumental in her success especially her mother. In her acceptance speech, Cicely admitted she sometimes looks at herself in the mirror in disbelief at how far she’s come. But she remains grateful. She said,

“I am grateful not to the shoulders that I stood on, but the backs that I laid on and stood on while the women in our family picked cotton with babies strapped to their backs.”

Congrats to the legendary Cicely Tyson who just got inducted into the TV Hall of Fame. #InMyFeed pic.twitter.com/rsbXxNP0Ju

There’s a lot to learn from this inspiring woman whose quotable quotes are life lessons to cherish. We salute Cicely for showing women how far they can go and how grounded they can still be no matter how high they soar.

Aside from her recent film, "A Fall From Grace," Cicely will also be seen in the upcoming OWN series, "Cherish The Day" where she portrays, legendary performer Miss Luma Lee Langston. The series begins in February 11.

Getty Images
People Oct 29, 2019
Queen Latifah of 'Set It off' Gives Powerful Speech as She Receives Harvard Honor
Top news
Apr 04, 2020
Snoop Dogg Once Discussed Relationship with His Kids and Rated Himself as a Dad
Apr 04, 2020
Tanith Belbin Took Home a Silver Medal at the 2006 Winter Olympics — Meet the Canadian-American Ice Dancer
Apr 04, 2020
Susan Lucci's House Tour Including Closet with Her Iconic Outfits — inside the 'All My Children' Star's Abode
Apr 04, 2020
Chris Reed's Life and Career before His Untimely Death from Cardiac Arrest
Apr 04, 2020
Usher Once Opened up about Calling off First Wedding to His Then-Pregnant Ex-wife Tameka
Popular articles