HomePopularRoyalCatch a Glimpse of the Reservicing of Buckingham Palace, Queen Elizabeth’s Main Residence as Shared By The Royal Family

Catch a Glimpse of the Reservicing of Buckingham Palace, Queen Elizabeth’s Main Residence as Shared By The Royal Family

The British royals shared a video update of the ongoing restructuring of the official residence of the Monarch, Buckingham Palace, giving fans a glimpse of the historic project.

The official residence of the Queen of the UK and the Commonwealth is currently undergoing in-depth renovations to achieve a more contemporary look fit to acceptable modern standards. 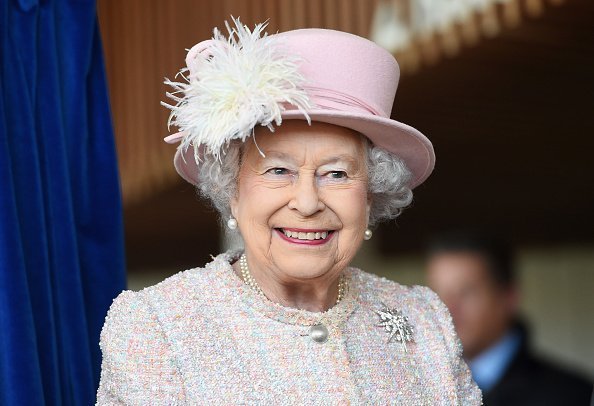 The British royals have so far been generous with information concerning the development, including live video updates of the work in progress.

A series of videos recently shared on the official Instagram page of the Monarch showed a broken-down tour of the Palace, with details of the progress on each of the Palace's ornate rooms undergoing constructions. The renovations were undoubtedly going smoothly, with focus on the east wing of the royal castle, which has since been "stripped of furniture, flooring, and over 3000 pieces of artwork and artefacts." Explaining the importance of such drastic measures, the royal family shared in one of the clips:

"The reservicing will help to preserve the palace for years to come." The reservicing has also led to the discovery of long-forgotten collectibles, including newspaper clippings and cigarette packs dating back to the '50s.

The remodeling has also looked into the wiring and plumbing works around the Palace, which has not been updated in over seven decades. Plans are in place to upgrade the electrical practices into a system that meets the current health safety and environmental standards, making the structure more cost-effective and energy-efficient.

The refurbishment, projected to run for ten years, which commenced in 2017, has been estimated at 369 million Euros, translating to about $458 million.

🟡 Watch as historic nineteenth-century wallpaper from the Yellow Drawing Room is carefully taken away for conservation. Not only will this work restore the rare, fragile wallpaper, but it will simultaneously protect it from incurring damage from nearby construction work as part of the Reservicing programme. Once the works are complete, the restored wallpaper will return to its home in the Yellow Drawing Room. The Reservicing programme is vital in order to mitigate the risk of fire and flood and will ensure that old wiring is brought in line with current health and safety standards. The refurbishment will also improve visitor access and make the Palace more energy efficient. Designed by Edward Blore in the 1840s, the East Wing of Buckingham Palace was built for Queen Victoria to provide more entertaining and living space for her expanding family. Blore’s design included the famous central balcony on the front façade of the Palace, which was incorporated at Prince Albert’s suggestion. Since then it has been used on many national occasions, including annually at Trooping the Colour.

The Palace noted that once the renovations were completed, the restored piece would be returned to its original position.

Since its commencement, several high profile figures have been denied lodging in the 100,000 guest-holding capacity castle, including the President of the United States, Donald Trump, during his 2019 visit. However, the Queen has remained in the Palace throughout the renovations. The British royals have confirmed that once the Buckingham Palace project was concluded, the Houses of Parliament would be the next stop for restoration, attracting an estimated sum of $4.5 billion.

This comes days after the Monarch shared a rare video update from the renovation program, showing as a royal art piece was taken down from the Yellow Drawing-room for conservation.

The historic wallpaper, which has hung unmoved in the drawing-room located on the East Wing, was removed in a bid to restore the rare piece while protecting the nineteenth-century artwork from getting damaged during construction.

The video caption explained the tasking process of removing the wallpaper, which involved special skills, and was undeniably time-consuming.

Going further, the Palace noted that once the renovations were completed, the restored piece would be returned to its original position.

The world awaits the completion of one of the most significant projects in history, which would be commemorated for several centuries to come.

Getty Images
Royal Feb 23, 2020
Queen Elizabeth Reportedly Talks about Having Her Teeth Straightened When She Was Younger While at Hospital Opening