HomeEntertainmentStoriesStory of the Day: Little Girl Tells Mom She Found a Bra in Dad's Car

Story of the Day: Little Girl Tells Mom She Found a Bra in Dad's Car

After spying on her father, a 4-year-old girl was convinced that she found a bra in his car, and went to tell her mother.

Many kids are observant, a fact that is not lost on their parents. In this story of the day, an attentive girl discovered something fishy in her father's car and decided to raise the alarm.

A man on Twitter shared the story, narrating how his daughter attempted to snitch on him for having another woman's bra in his car. According to the man, after his daughter saw the bra, she ran up to her mother and asked why her bra was in daddy's car. The mom was perplexed at this and looked suspiciously at her husband.

The man denied having a bra in his car, but his daughter remained adamant, prompting the trio to go to the vehicle and check for the bra.

When they got there, they found that it wasn't a bra, but a 3M facemask. The man further explained that 3M's protective breathing devices were initially conceived in the 1960s as molded nonwoven brassiere cups.

However, they were later reborn as facemasks. With the little girl's discovery not turning out to be a bra but a facemask, the man breathed a sigh of relief and gazed at his daughter. . 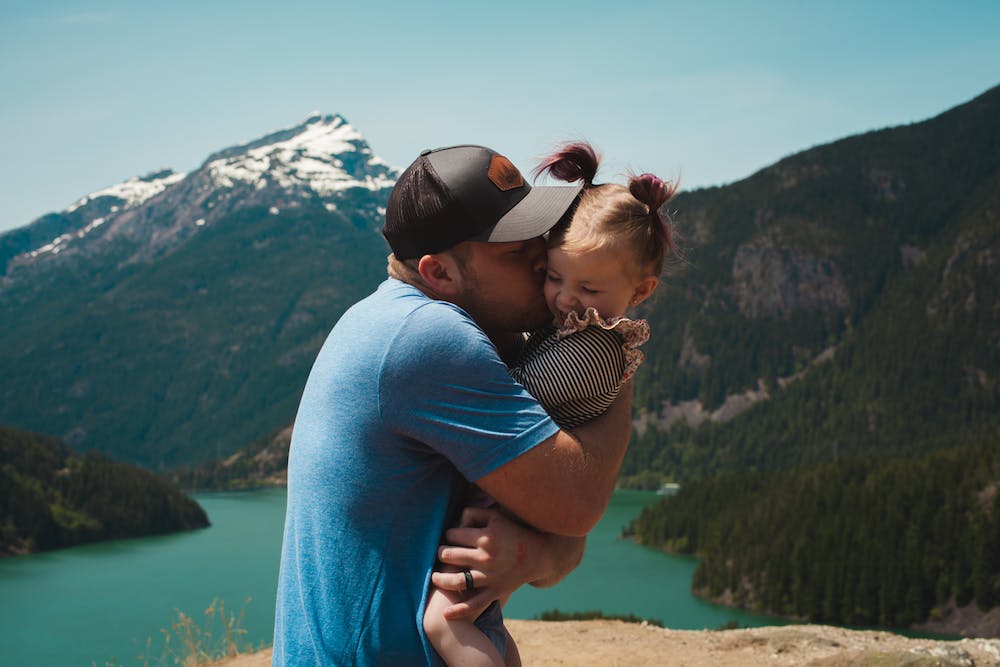 A father and a little girl having fun near mountains. | Photo: Pexels

Following his narration, many tweeps replied to the man's story, expressing their amusement, and laughing at his predicament.

One tweep said that the good thing about the story was that the man now knew where his daughter's loyalties lie and that the bad thing was that it wasn't with him. Another person tweeted:

"...your daughter letting you know she will snitch on you. I'm howling!"

The man responded to that particular tweet, admitting that all his children were detectives. Other tweeps also replied to the story.

Read also
Stories Jan 28, 2020
Mother-Of-Three Sparks Debate for Admitting to Her Sister That She Regrets Having Kids

While some narrated their experiences with their kids, others recalled how they also snitched on their parents as kids. Thankfully for the man in the story, his daughter got it wrong this time. It better remains that way.

Did you enjoy reading this? Catch up on more funny stories here.

Shutterstock.com
Stories May 04, 2020
Story of the Day: Rude Teen Tells Mom of Crying Baby to Shut Her Child Up

Shutterstock.com
Jokes Mar 09, 2020
Daily Joke: A Man Went to Buy a Toy for His Daughter