The video, posted to YouTube on August 7, 2018, shows the policemen dancing to the rhythm of Kenny Loggins’s iconic song, “Footloose.”

The lawmen showcased their dance steps to the popular song in different settings such as the streets, the police department, and restaurants.

They also invited the residents of the community to join them. Follow us on our Twitter account, @amomama_usa, to learn more and scroll down to watch the video below. 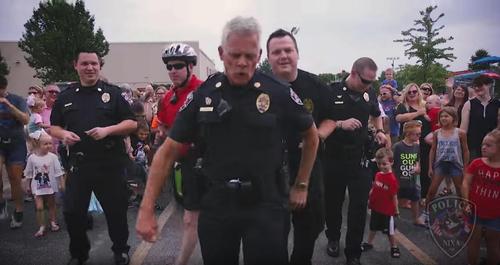 The Nixa Police Department wrote on Facebook, “No budget, no production company (shot and edited by our Public Information Officer who studied film production), and all officers donated their time to participate."

"We believe in being responsible with taxpayer dollars, and we made an extra effort to do so while having fun.” 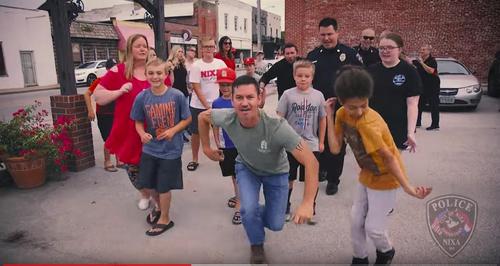 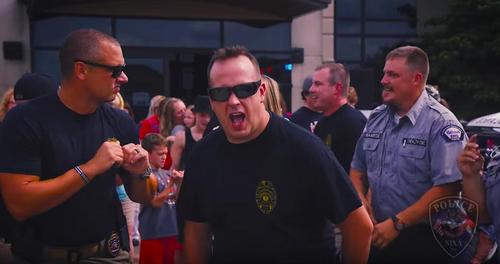 The video of their performance has been viewed more than 96,000 times since it was uploaded to the popular video sharing site.

The policemen also charmed netizens for how they expertly laced lip-syncing and humor in their video.

"Absolutely Love seeing the Police having some fun! Great Video!" one YouTube user commented. Another added, "That was awesome! Thank you for your service [and] stay safe out there."

In another instance, the firefighters from the Greenville Fire Department also took on the lip-sync challenge and won people's hearts.

The fun-loving firefighters performed the hit song, "Gurl Look At That Body," by LMFAO. In the video, they can be seen doing a sexy dance as water sprays them. They really took the challenge to a whole new level with skillfully shot scenes.

"Great job, really appreciate everything y'all do. You all are amazing for what y'all do. Thank you!" one netizen commented to the video, which has received more than 300,000 views on YouTube. Another wrote, "Sure makes me miss my hometown more! Great sports guys!"

Jan 19, 2019
Let's Remember Kathy Bates' Epic Lip-Sync Battle That Made the Crowd Roar
Top news
Nov 30, 2020
Kathie Lee Gifford Poses with Both Children and Their Spouses during Dinner — See the Rare Snap
Nov 30, 2020
Meghan Markle Is Not the First Royal to Miscarry — Tearful Story of the Countess of Wessex
Nov 30, 2020
Check Out Khloé Kardashian's BFF Malika Haqq in Matching Trendy Outfits with Look-Alike Son Ace
Nov 28, 2020
Chrissy Teigen Gets Candid with Fans about Her Grief after Suffering Miscarriage
Nov 28, 2020
Carrie Underwood and John Legend Team up for 'Hallelujah' Video — It's Breathtaking
Popular articles