Actress and Comedian Tiffany Haddish caught up with iconic actor Morgan Freeman and didn't pass up the chance for a selfie with him.

She duly shared the photo on her Instagram page, generating loads of reactions from fans.

It is not every day that one gets to meet an icon. On the rare occasion that such an opportunity presents itself, it is good to be ready with a camera to capture the moment. 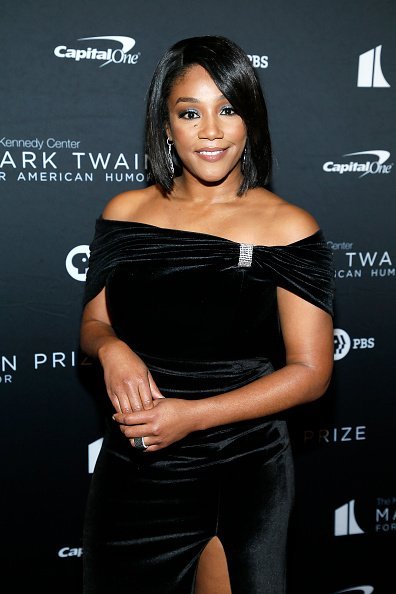 Tiffany Haddish was ever ready for a picture when she ran into Morgan Freeman at the Mark Twain Prize for American Humor Awards, though the actor didn't seem to be in the mood.

In the post made by Tiffany, she shared the selfie photo she took with Morgan Freeman. In the picture, the legendary actor seemed disinterested in taking the picture, giving Tiffany, who smiled happily, the ultimate side-eye. 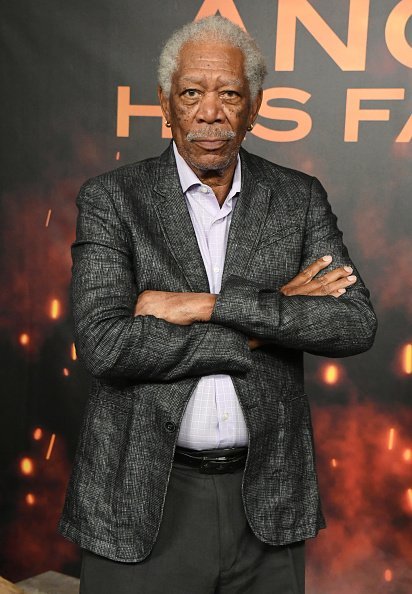 Morgan Freeman at the Photocall For Lions Gate's "Angel Has Fallen" on August 16, 2019 | Photo: Getty Images

In her caption to the post, the actress narrated the encounter. She said:

"I ran up to @morganfreeman, and he check the Hell out of me and I didn't care. Cause like I told him" I am Tiffany [expletive] Haddish and I take pictures all the time shE ready".....? love you."

Tiffany Haddish's post generated loads of likes and comments from her fans. A first-person paid homage to the comedian's love for selfies, tagging her thus:

"????? what'd he say to you after you snapped it? Something mean but soothing?"

"He said Give me some Flash and he shook my hand and told me he proud of me."

"Tiffany Haddish said she ran up on #morganfreeman and he checked her for it ??."

"Why does he look like every black parent before they check us." 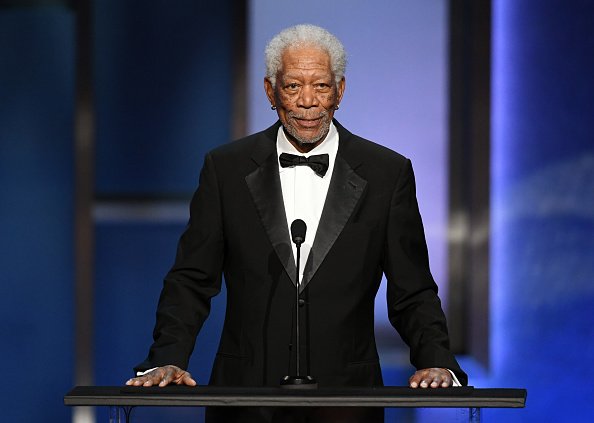 DAVE CHAPPELLE IS THE MAN OF THE AWARDS NIGHT

However, the ultimate winner in the awards night was Dave Chappelle, who walked home with the Mark Twain Prize for American Humor.

The award was given to Dave in recognition of his fearless commentary on American Culture. In accepting the award, Dave vowed to fight for every comic's freedom of expression.

instagram.com/irelandbasingerbaldwin
People Jul 20, 2019
Alec Baldwin's Daughter Ireland Posts Racy Photo of Herself and Her Uncle Billy Reacts: 'Awkward'
Top news
Mar 01, 2021
Golden Globes 2021 — Best and Worst Outfits You Definitely Have to See
Mar 01, 2021
Nelly Posts a Touching Tribute to His Mini-Me Daughter Chanelle Haynes on Her 27th Birthday
Mar 01, 2021
Tyler Posey Lost His Mom to Cancer at 23 — Get to Know the 'Teen Wolf' Star
Mar 01, 2021
Helen McCrory and Damian Lewis Are Blessed with a 13-Year Marriage — Look inside Their Family
Mar 02, 2021
Johnny Cash Fathered 5 Children with 2 Wives — Get to Know All His Kids
Popular articles