John Ritter’s child has transitioned from female to male, changing his name from Stella to Noah Lee.

The late actor’s only child with Amy Yasbeck started his journey as a transgender in September 2016, after turning 18 years old, reported Heavy. John Ritter, his wife Amy, and their daughter Stella on May 1, 2001 | Photo: Getty Images

NOAH LEE PREFERS TO LIVE AWAY FROM THE SPOTLIGHT

John Ritter, best known for his performance on the ABC sitcom “Three’s Company,” died on September 11, 2003, on Stella’s fifth birthday. He passed away six days before his 55th birthday in the same hospital where he was born.

Noah Lee has been keeping a low profile, which is why there are only few photos of him available online. After news of his transition broke out, he set his social media accounts to private. 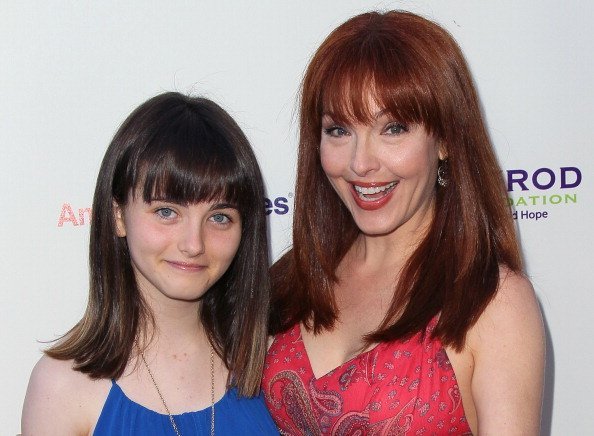 As Stella Ritter, Noah Lee participated in a few film projects, including “The Namazu,” “This Is My Friend,” and “Hannah Lost Her Smile.”

HIS SIBLINGS ARE ACTORS

Out of the four, Jason seems to be the most successful one in the entertainment industry. He has appeared on TV shows and movies, including “Tales of Titans,” “Girls,” “Gravity Falls,” “Drunk History,” “Parenthood,” and “Freddy vs. Jason.” Jason also has a striking resemblance to his late father. The actor has received Emmy Award nominations for the NBC television series, “Parenthood” and “Tales of Titans.”

More recently, Jason was featured in the American period sitcom, “Another Period” as Lord Frederick Bellacourt. Apart from that, he has been portraying Eric in the TV show “A Million Little Things.”

Happy Valentine’s Day to my love @JasonRitter, who is ok with “unpacking boxes and ordering burgers” as a Valentine’s plan and also has this perfect face pic.twitter.com/0ps57EIMh8

Melanie is also quite active in the entertainment industry. For 2020, she is expected to appear in at least three projects, including “Mrs. America,” “Lady of the Manor,” and “Yellowjackets.”

Getty images
Life Nov 27, 2019
Meet Jason Momoa's Eldest Daughter Lola Lolani Who Looks like His Carbon Copy
Top news
May 27, 2020
Nia Peeples Looks Ageless at 58 — Inside Her Life after 'Fame' Including Living in a Trailer
May 27, 2020
Natalie Wood and Robert Wagner's Relationship — They Were Married Twice in 14 Years
May 27, 2020
Keenen Ivory Wayans' Ex-wife Daphne 16 Years after Their Divorce — Inside Her Life and New Love
May 27, 2020
Women With Will: Minnie Morales on Dealing with Breast Cancer at 20 Years Old
May 27, 2020
Katy Mixon's Husband Breaux Greer Is a Three-time Olympian and Father of Their Kids — Meet Him
Popular articles