Reed Howard, the son of actor Ron Howard, is a carbon copy of his famous dad back in the day.

The photos of Reed on Instagram reveal his astonishing resemblance to his father in youth. He has certainly inherited some of the ginger genes from his legendary father.

Reed, who was born in 1987, is a professional golfer. He is the creator of Steadhead Training Aid, a powerful new tool used by numerous golf players across the nation.

According to Do You Remember, Reed isn't viewed as a part of the same spotlight that his dad has been in through the years.

Reed's parents Ron and Cheryl tied the knot in 1975. He grew up in Banksville, NY, alongside his three older sisters —  Bryce Dallas, Jocelyn and Paige.

He attended the Heritage Academy High School, as reported by Newsner. 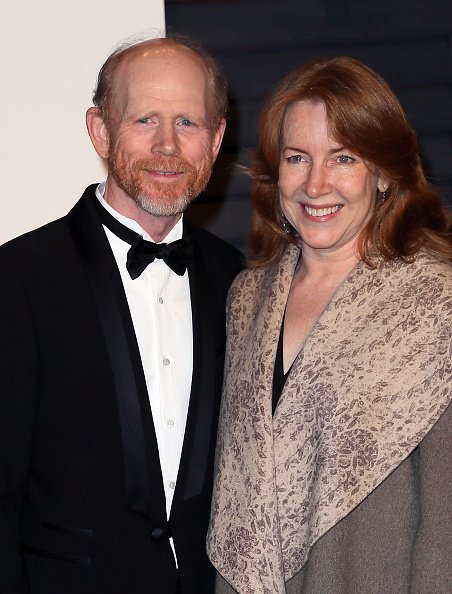 Ron Howard and Cheryl Howard at the Wallis Annenberg Center for the Performing Arts on February 22, 2015 in Beverly Hills, California. | Photo: Getty Images

Reed tied the knot with his wife Ashley in 2015. In April 2019, his father took to Instagram to announce that he had become a grandfather.

Along with a photo of Reed and his baby, the actor wrote:

"Aspen Leigh Howard was born yesterday!@reedchoward and Aspen's mom @ag_howard are feeling blessed and elated. So are the grandparents!"

Ron likewise took the chance to praise his son on Father's Day.

Before leaving "Happy Days" in 1980, Ron made his directing debut with the comedy/action film "Grand Theft Auto" in 1977.

He then proceeded to direct several television films. His big break came in 1982, with "Night Shift."

He has since directed many high-visibility films, including "Splash," "Cocoon," "Parenthood," and "Apollo 13."

In October 2008, Ron showcased the world premiere of his film "Frost/Nixon" at the 2008 London Film Festival.

He was the winner of the Austin Film Festival's 2009 Extraordinary Contribution to Filmmaking Award.

In November 2017, Ron, who was born Ronald William Howard on March 1st, 1954, in Duncan, Oklahoma, announced that he would be teaching his first directing class.

Ron shot to stardom when he played the role of Opie Taylor in the television sitcom series The Andy Griffith Show in 1960, according to SoftSchools.com.