Israel Houghton took to his Instagram page to celebrate his wife, Adrienne Houghton's birthday with beautiful pictures and a heartwarming message.

In the pictures shared by Israel, the love birds could be seen sharing a kiss on a Ferris wheel in the first one. In the second picture, Adriene had her head placed on her husband, who had a big smile on his face's shoulder. 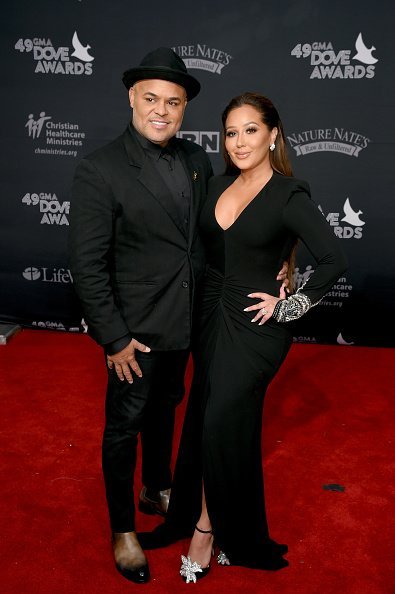 The gospel singer and producer continued,

"I salute your courage, your entrepreneurial gift, your kindness, your love for God, your love for your family, your friends, your fans and I am eternally grateful for the way you love me." 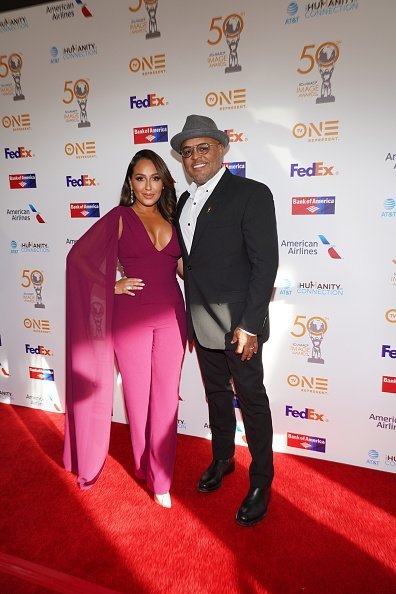 He then romantically added that,

"I will forever live to make sure you know beyond a shadow of any doubt that you made the right decision to spend your life with me. When we are in our 80's and 90's, I am still going to hold your hand, kiss you on ferris wheels and maintain my commitment to wake up every morning and make you laugh."

The post which clearly left many in tears received lots of love from friends and fans of the couple. In the comment section, a fan wrote that Adrienne is so lucky to have found a man like Israel, but he replied by saying that he is the lucky one.

A while ago, the couple celebrated their three year anniversary, and a follower thought it was the best time to troll the lovebirds.

"3 years no kids," wrote the internet troll under Adrienne's post, and Israel decided to reply to the comment. In his reply, he told the troll to find something else to do, and he suggested an "online etiquette class."

He told him to get a girlfriend or a wife, and he expects nothing but a congratulatory comment from him when Adrienne gets pregnant, or he will be "blocked for life."

Israel once revealed that he never planned on getting married again after he divorced his first wife Meleasa Houghton in 2016 after being together for more than 20 years.

Luckily for him he met Adrienne, who according to what he told MadameNoire makes him feel "Celebrated not Tolerated."

Kourtney Kardashian also wished Adrienne a happy birthday on Instagram. The two have been friends for many years after the "The Real" host dated her younger brother Rob for two years.