Harry Potter's magical adventures have millions of fans of all ages around the world, and author J.K. Rowlings has kept them guessing.

Harry Potter fans are in for a thrill as J.K. Rowling has finally confirmed a Hermione theory that has been under discussion for the last 21 years since the author published the installment of the spectacularly successful 7-part Harry Potter book series.

Fan theories about the various characters have abounded, including one outlandish claim that freckle-faced Ron Weasley was actually Albus Dumbledore traveling back in time. 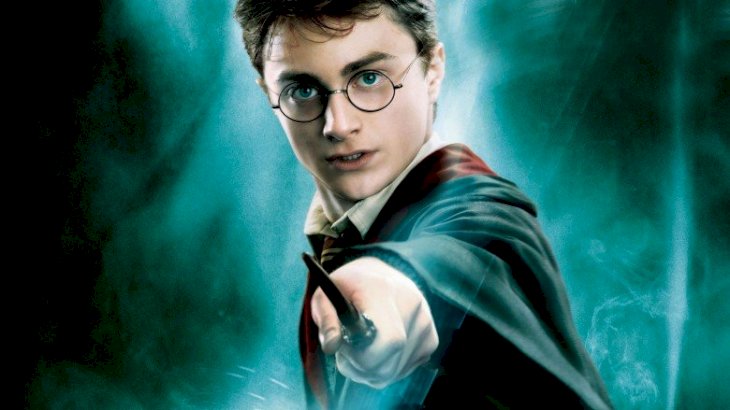 One such suggestion was that Professor Minerva McGonagall wasn't the honest, thoughtful, and knowledgeable Head of Gryffindor everyone thought her to be, but was indeed a Death Eater! in disguise - and "Voldemort's most devoted and trusted servant."

As the movies came out, die-hard fans poured over every frame, looking for confirmation of their theories, and some observant souls were rewarded with some precious "Harry Potter" Easter eggs. 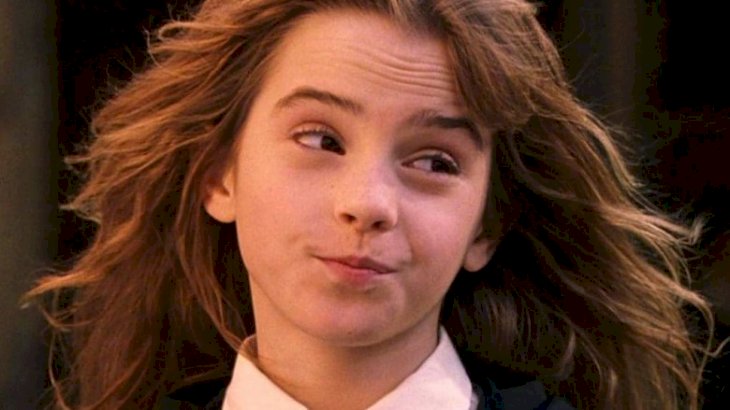 Professor Snape's ambiguous relationship with Harry fueled the series, and it was his recollections through Dumbledore's Pensieve in "The Half-Blood Prince" that allowed Harry to decipher the Half-Blood Prince's sinister true intentions. 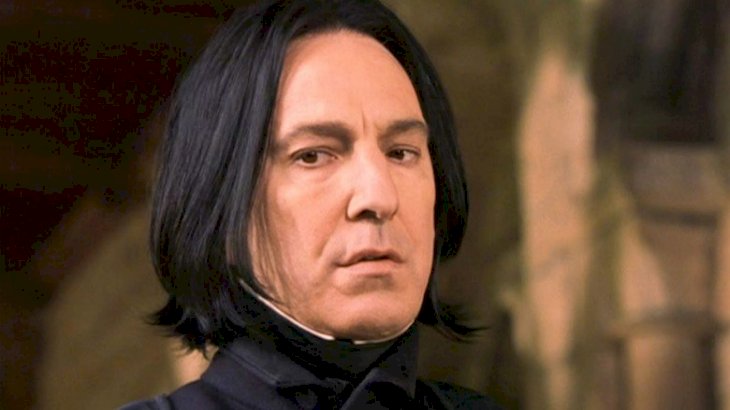 The first thing Snape asks Harry is “what he would get if he added powdered root of asphodel to an infusion of wormwood. The answer to the riddle, according to Victorian Flower Language, is: 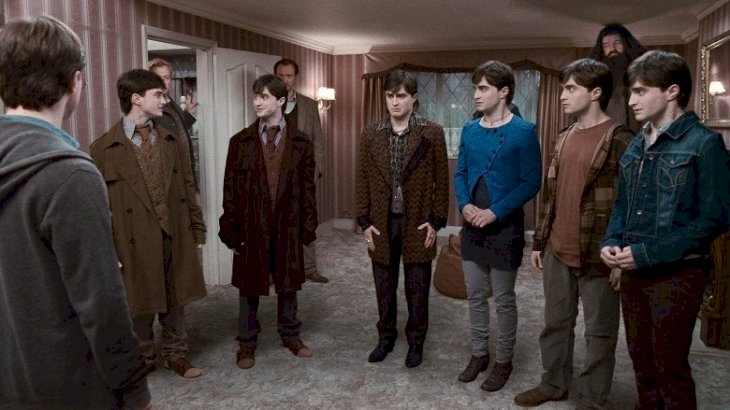 MUCH ADO ABOUT SEVEN

Harry Potter's number on the Gryffindor Quidditch Team is seven, and it's a hint. Harry is the seventh of Voldemort's Horcruxes, after all, and there are seven books in the series. The number 7 is repeated obsessively: the headcount on snakes that line the door to the Chamber of Secrets, the number of members on each Quidditch team, the number of children in the Weasley family, and the number of locks on Mad-Eye Moody's trunk.

Throughout the movies, the director inserts subtle hints at the Deathly Hallows. For example, in "Harry Potter and the Goblet of Fire", long before the Peverell siblings' story is revealed, Dumbledore looks upon his collection of artifacts in his office.

These are organized in such a way as to give a hint to the triangle-circle-line symbol that would represent the Cloak of Invisibility, the Resurrection Stone, and the Elder Wand. 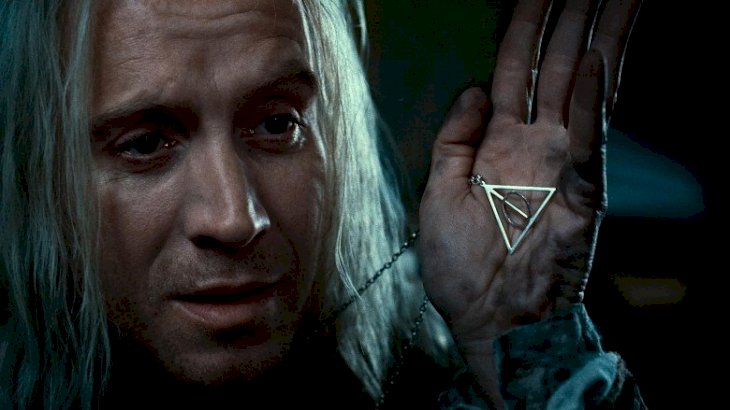 Another hint comes when Harry, distressed about Dobby's death, looks in the shard of a mirror the house-elf had in his possession. The lens of his glasses and a streak of glare form the same symbol for a split second- a reminder that his true mission is to destroy Voldemort's Horcruxes.

Even though Hermione Granger wasn't into Divination, Professor Trelawney's predictions did turn out to be surprisingly accurate, even when she seemed her wackiest. The one that most people point to as discreet in hindsight is when she refused a dinner invitation in "Harry Potter and the Prisoner of Azkaban" because 12 people were already seated and 13 is unlucky. 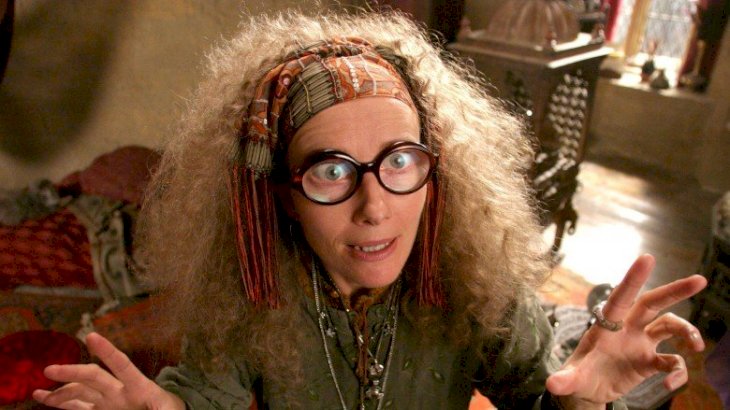 The theory is that the first person to rise from a table of 13 would be the first to die, and, as fate would have it, Sirius Black rose first from a table seating 12 more in "Harry Potter and the Order of the Phoenix".

Trelawney also insisted that the Dark Lord would mark those who have defied him three times, and that those born on the seventh month, would die.

PRESAGE OF A CHOCOLATE FROG

Harry's first journey on the Hogwarts Express holds a hint of what was to come in the very last scene of "Harry Potter and the Deathly Hallows: Part 2." During that first ride, when Harry initially befriends Ron Weasley, he'd used his new pocket full of galleons to buy all of the treats on the trolley. 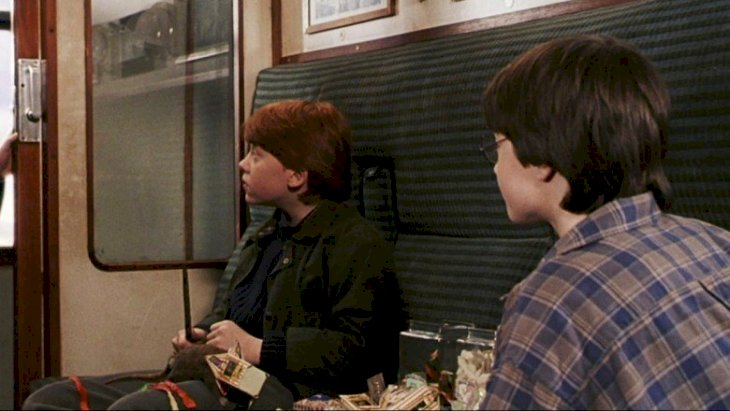 The two boys stuff themselves full of goodies, but one of the chocolate frogs gets away. hopping through the window. In the last film of the franchise, as Harry and Ginny's children board the same train with Ron and Hermione's kids, the chocolate frog peeks into the train window as a hint to the start of a new story.

In "Harry Potter and the Order of the Phoenix", Harry is summoned to the Ministry of Magic for a disciplinary hearing before the Wizengamot after producing his Patronus to save himself and cousin Dudley from a Dementor while in the Muggle realm. 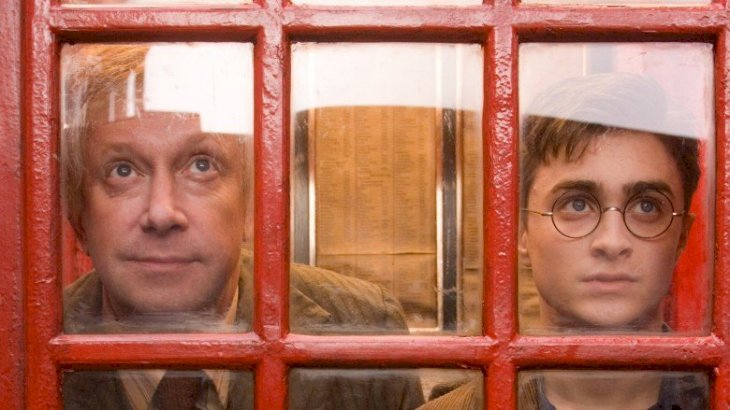 Mr. Weasley accompanies Harry to the hearing and takes him into a telephone box to get access to the Ministry. He reveals the number he's dialing to get: 6-2-4-4-2.

On a conventional telephone like that one, the letters would be arranged on the keypad as well, and those digits just so happen to spell "M-A-G-I-C." another example of J.K.Rowlings attention to every magical detail.

Even though one of the songs on the Harry Potter movie franchise soundtrack was titled "Hedwig's Theme", the character who actually played the music during the movie "Harry Potter and the Sorcerer's Stone" was Hagrid. 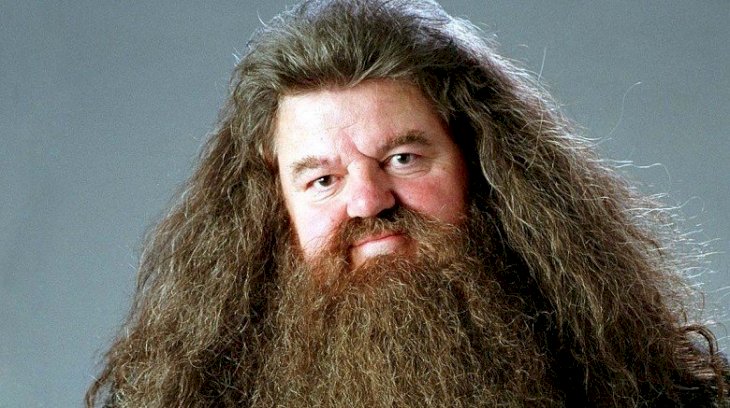 The gigantic groundskeeper and monster-tamer Hagrid plays the melody on his flute as Harry, Ron, and Hermione bring him crucial information on their latest investigations around the school grounds.

In "Harry Potter and the Order of the Phoenix" there is a subtle introduction to one of the forthcoming characters that would influence the unfolding of Harry Potter's future adventures, and he was hiding out at the Hog's Head, Hogsmeade's local bar. 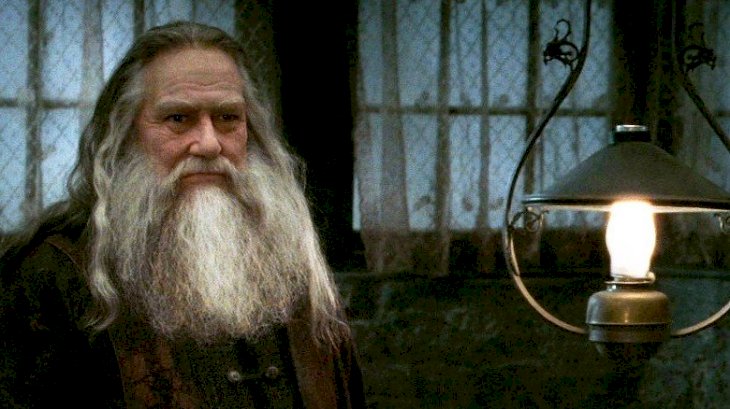 The bartender lurking in the dark at the Hog's Head with his goat is none other than Albus Dumbledore's brother, Aberforth, who was obsessed with goats and owned a bar. He would later play a major role in "Harry Potter and the Deathly Hallows: Part 2."

I OPEN AT THE CLOSE

Read also
TV Dec 30, 2019
Daniel Radcliffe Facts That Make Him One of the Most Interesting Guys in Hollywood

The Snitch's inscription that so famously read "I open at the close" is another hint at the surprise ending of the Harry Potter saga. When Harry kisses the Snitch in "Deathly Hallows," it opens itself up to reveal the Resurrection Stone so he can confer with his long-lost loved ones before surrendering himself to Voldemort to fulfill his part of the prophecy. 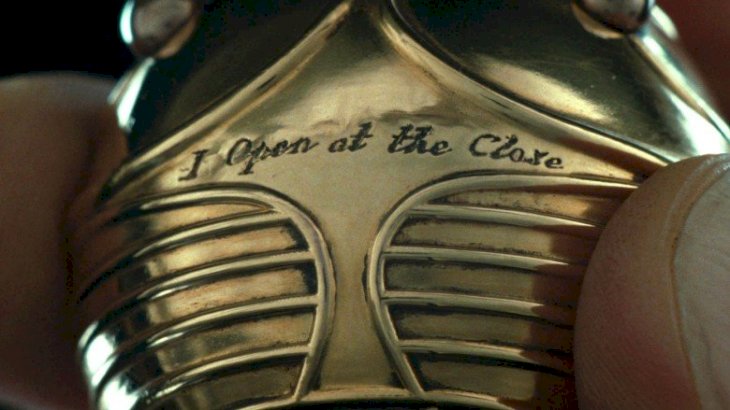 What makes the inscription fascinating is that Harry first reads it on the Snitch in the very first book, which indicated that J.K. Rawlings had already planned the stupendous ending to "The Deathly Hallows" when she wrote "Harry Potter and the Philosopher's Stone" back in 1997.

IS IT ALL A DREAM

One theory that is deeply disturbing is that all that happens in Hogwarts and outside the 4 Privet Drive house is a figment of an abused child's imagination. All the magic and the enchantment is a fantasy that Harry summons to comfort himself as he crouches in the claustrophobic closet under the stairs. 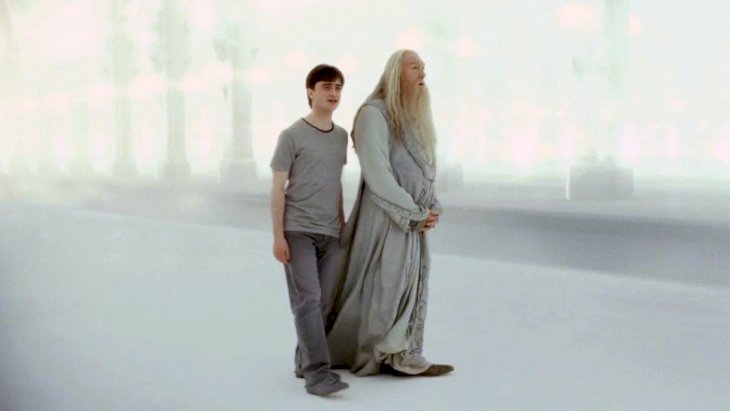 There's a hint at that possibility in "Harry Potter and the Deathly Hallows: Part 2." After Harry dies at Voldemort's hands, he has a surreal vision of King's Cross Station, in which he meets Dumbledore who gives him the option to stay in the living realm or go onto the beyond.

Harry asks Dumbledore if all that he has lived through is all in his head. His kindly mentor confirms HArry's suspicion but points out that it doesn't make any of it any less real. 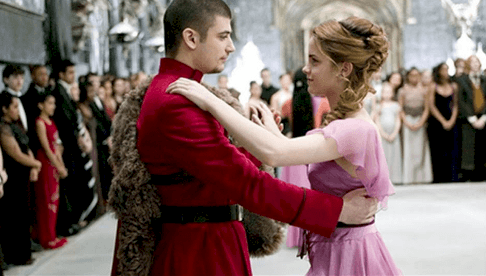 J.K Rowling picked such an unusual name for Harry's best female friend, that for years fans had trouble pronouncing it. It became such an issue, that the author eventually included instructions on pronouncing the name. She had Hermione explain to Viktor Krum in "Harry Potter and the Goblet of Fire"  that it is pronounced "Her-my-own."